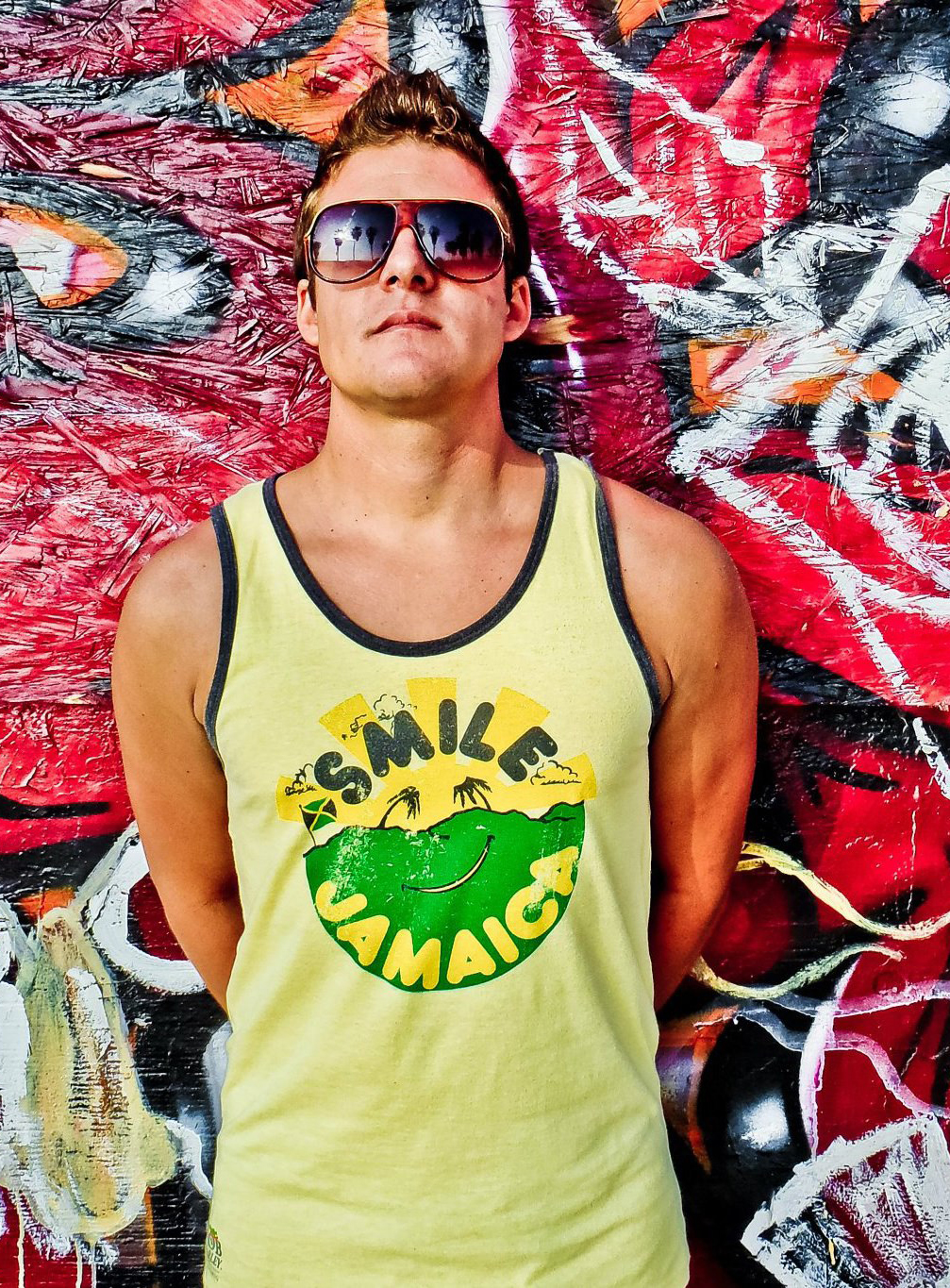 Nate “Frogg” Wheeland is songwriter, guitarist, ukuleleist, and vocalist for the Wheeland Brothers. Responsible for writing songs such as: Sand in My Sheets, Lovin’ On Time, Beans & Rice, In With the Newport, Hideaway, Like You Do, Weather the Storm, etc. The older of the two brothers, he grew up in Orange County, California running cross country and track, doing AP homework, and playing in the high school jazz band. Nate later graduated from the University of California, Irvine and worked as a civil/geotechnical engineer for several years. Nowadays he’s a burrito enthusiast, Wheeland Brother, and soul surfer.

My home-away-from-home is a beach I like to call “The Hideaway”. It’s a magic place to me– my own secret surf spot and private beach right here in crowded So Cal. Nothing fancy, just a little bamboo hut at the bottom of an eroding closed trail– a somewhat forgotten place with usually no one in sight. It’s a great place to be free, relax, catch waves, have a bonfire, and get inspired/centered. Appreciating the simple things in life is important to me. Stay focused on what you have always wanted to accomplish. Don’t give up. Don’t give into your fears and doubts. Change your perspective and learn from obstacles. Focus on the now. The Hideaway reminds me of these things—along with all the awesome, fun times I’ve had surfing with friends.

The song “Hideaway” was obviously inspired by the Hideaway. Trav and I work on a lot of our songs down there and attempt to bottle up the positive vibes and creatively infuse them into our music. Sometimes the ‘locals’ hang out too. We’ve got a beach buddy who lives in the bamboo named “Sandiago”– he’s a ‘friendly’ burrito eating squirrel. Lots of beautiful creatures in the water too– dolphins, pelicans, sea stars, leopard sharks, even the occasional octopus. Just when I think I’ve seen it all, the Hideaway shows me something new. Home Sweet Hideaway. 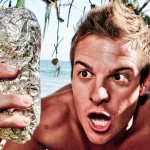 This is a toughy! That’s like asking me what my favorite song is– how can I pick just one?! I don’t eat meat very often so I usually go with a shrimp or veggie burrito. I love lots of lettuce and fresh guacamole and/or pico de gallo with Caribbean hot sauce. Post-surf session burritos always taste the best. Places I’ve been hooked on over the years in OC include La Tienditas/Cafe Del Sol & Pedro’s Tacos in San Clemente, Bear Flag & Chronic Tacos in Newport Beach, Tuesday street fair burritos & Fiesta Grill in Huntington Beach, and Albertaco’s & A’s in Mission Viejo.

What surfboard do you ride most?

I have an old, beat up 9’4″ Becker UFO that I love. It’s partially water logged and got more than its share of dings but it still gets the job done. Nose rides like a champ. Been surfing on it for 7 years plus.

What’s your beverage of choice?

For a long time my favorite drink was Red Stripe (a tasty Jamaican lager), but lately I haven’t been drinking beer. This is gunna sound funny but I’ve been on a Pellegrino kick lately. There’s something about those mineral water bubbles that just feels good going down. God bless the holy effervescence of Saint P. Smoothies are amazing of course– that’s got to be the greatest beverage ever invented.

I really love listening to a lot of bands that you might expect. My all-time favorites have got to be Sublime, Jack Johnson, Bob Marley, Red Hot Chili Peppers, and Kanye West. I grew up on 90s rock so RHCP, Weezer, Green Day, and Oasis were bands I looked up to as a high school kid learning guitar and writing songs about my pet cats and eventually my first girlfriend, who ironically was also named Kat. Haha. I went through an emo phase in college where I thought eye liner and screaming about your feelings was cool. Glad I grew out of that and found reggae. I love spreading good vibes and seeing fans smile. To me that’s what it’s all about! 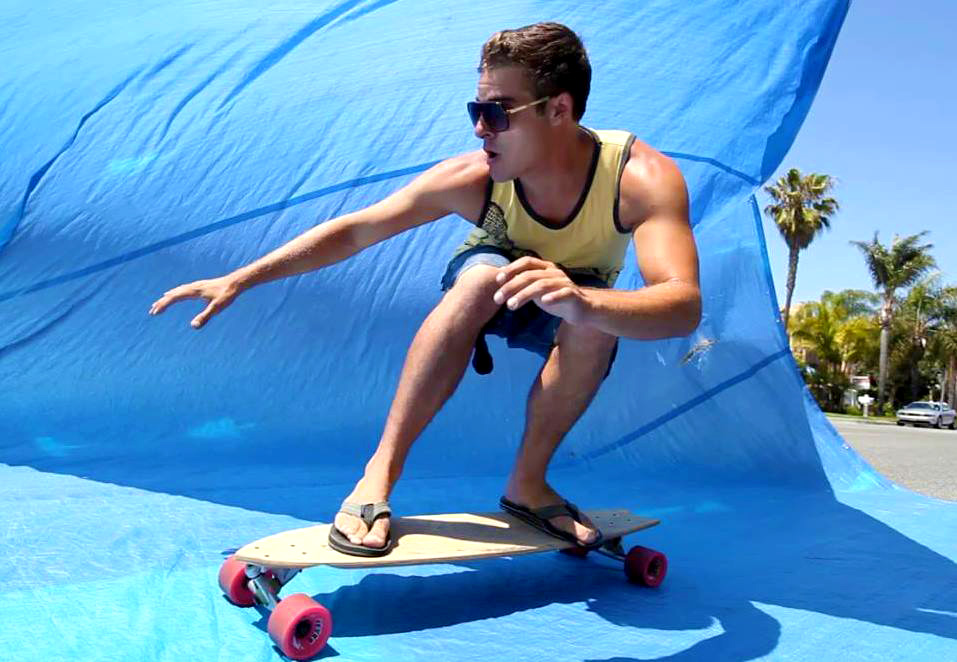 Everyone has their own way of listening to music. Nowadays I’m told most people like to make their own playlists, but I’m still an old fashioned album lover. I’ll obsess and listen to an album over and over again for weeks, sometimes months before switching to something else. Bradley Nowell from Sublime had an amazing voice and there is a certain beauty to his sloppy “realness” that connects big time. “40 Oz to Freedom” and the self-titled album are epic. “In Between Dreams” by Jack Johnson is one of my favorites to sing along to. I’ve probably listened to that album a gajillion times– never gets old. Jack is so down to earth and chill plus he writes really great songs. He’s the kind of guy that gives me faith in humanity– same goes for Bob Marley. Bob’s reggae vibe is so pure. It feels so good; the groove is infectious. All the guys in the Red Hot Chili Peppers are basically what inspired me to get pumped on music in the first place. Fun, freaky, funky! “Mother’s Milk” & “Blood Sugar Sex Magic” were our pre-surf rock-out-in-the-car albums for most of high school. “College Drop Out” by Kanye West is the album that really got me into rap. I know Kanye might not always be liked by everyone for obvious reasons involving his big ego, but the guy is super talented. I love the way he can lay down such catchy creative rhymes that even a white boy from Cali can follow. Haha.

My brother, Trav, has been a huge inspiration to me since the very beginning. His amazing voice, thoughtful songwriting, and overall creative mind always keeps me in awe. Honored to share the stage, studio, and waves with him. Love you little bro!

What does music mean to you?

Music is power. With power comes responsibility. As an artist you take bits and pieces of what you love, develop your talents, find inspiration around you, and throw it all together. As a member of the Wheeland Brothers, I try to capture the beachy lifestyle and good vibes here in So Cal and bottle them into songs to share with music lovers locally and all over the world. Lyrics and melody have always been important to me so I am humbled and honored to hear fans singing along. It’s cool to see something as silly as writing songs grow into a passion I can share with my brother and other creative minds. Music has already taken me on adventures I would have never dreamed of a few years back. I’m very grateful. “Listen to the music ’cause it’s bound to soothe your soul.”

“Everything is better after a surf.”